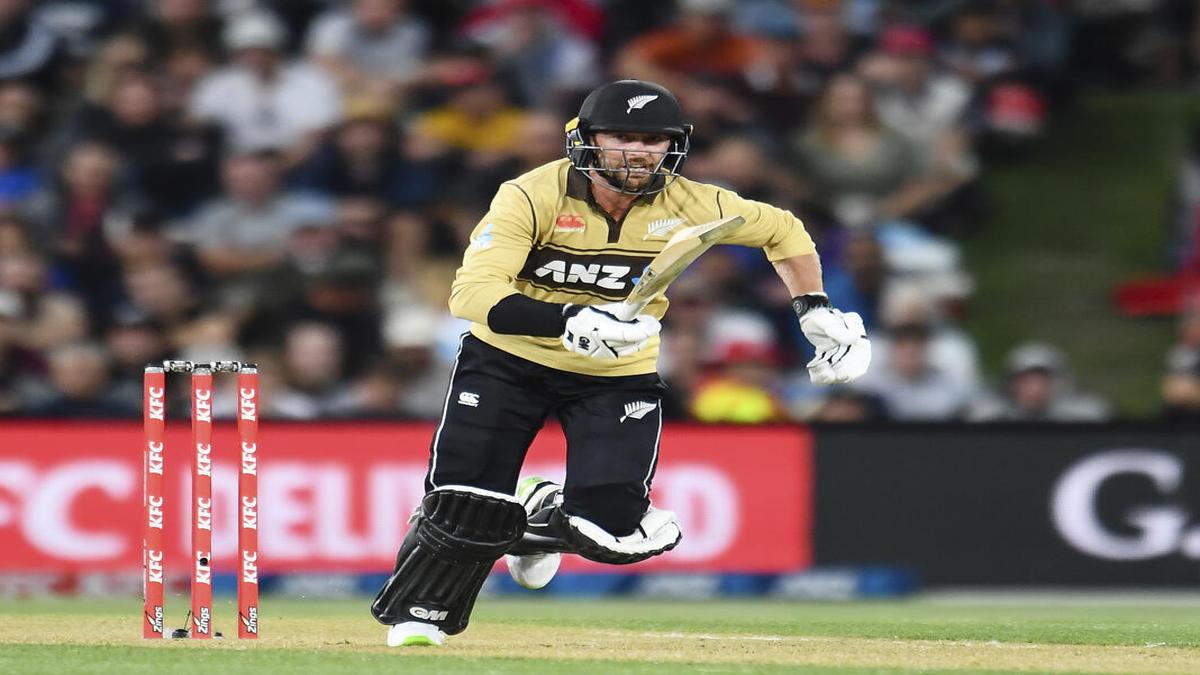 Was there something amiss about the recent IPL auction? Those who have watched Devon Conway bat on Monday, or, in the days before, might think so.

Just four days after going unsold in the auction that was held thousands of kilometres away, the South African-born New Zealander blazed his way to a 59-ball unbeaten 99 that powered the Black Caps to a resounding win in the first of the five T20 International against Australia.

India off-spinner Ravichandran Ashwin summed up what the lucrative league, its eight franchises and millions of fans may have missed out on.

“Devon Conway is just 4 days late, but what a knock,” Ashwin tweeted after New Zealand romped to a 53-run victory at the Hagley Oval.

The teams were sceptical about his ability to tackle the spinners on the slower India pitches.

Conway entered the T20 opener on the back of four consecutive half-centuries — 93 not out, 91 not out, 69 and 50 (his previous Super Smash scores) — and with another unbeaten innings, he became the first Kiwi to record five successive fifties in the game’s shortest format.

Even as others raked in the megabucks after the franchises loosened their purse strings in Chennai, Conway went about his business most professionally and lifted New Zealand from a precarious 19 for three to a competitive 184 for five in the stipulated 20 overs.

The total was enough for the Kiwis as it bowled out Australia for 131 in 17.3 overs.

Despite New Zealand’s woeful start, Conway caught the attention with his poise, range of strokes, shot selection and concentration.

Conway was part of South Africa’s domestic cricket for the first eight years of his first-class career before moving to New Zealand in 2017.

In May 2020, he was given a central contract by New Zealand. Conway made his T20I debut for New Zealand against West Indies in November 2020 and scored a 29-ball 41 in a winning cause.

In his T20I career so far, Conway has amassed 273 runs at a strike rate of nearly 157 and an incredible average of 91.

Australian Glenn Maxwell, who was bought by Royal Chalengers Bangalore for a whopping Rs 14.25 crore, was dismissed for one.

During the auctions, Rajasthan Royals, Chennai Super Kings and Kolkata Knight Riders too expressed interest in Maxwell, leading to a bidding war before RCB prevailed in buying the player, who has always attracted good money in the league despite failing to match that with his performance.

This was New Zealand’s biggest-ever margin of victory over their Trans-Tasman rivals in the shortest format of the international game.

A "patriotic" Mustafizur Rahman on Tuesday said he is willing to skip the upcoming Indian Premier League for national duty and be available...
Read more
IPL 2020

Newspaper is your news, entertainment, music fashion website. We provide you with the latest breaking news and videos straight from the entertainment industry.