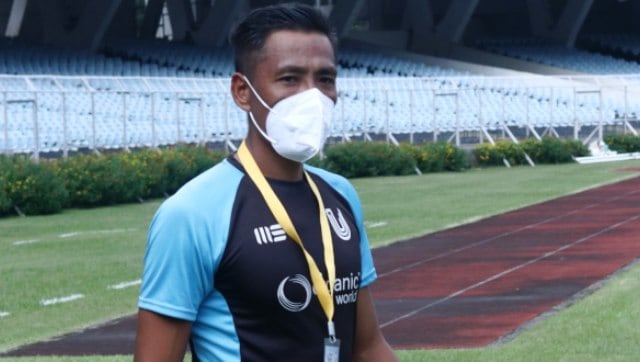 FC Bengaluru United coach Gouramangi Singh on the importance of the Durand Cup, the team’s impressive start to the campaign and more.

The Durand Cup is a tournament that pits the very best of Indian club football against each other, in a knockout spectacle that often sets up memorable clashes. It’s a tournament that is held in prestige by the Indian footballing community, and former India defender and Durand Cup winner with Churchill Brothers, Gouramangi Singh has first-hand experience of the appeal of Asia’s oldest tournament.

“All the way back when I was in the Tata Football Academy, we used to eagerly wait and look forward to the Durand Cup, because this tournament is one of the best platforms for young players to get noticed by I-League clubs. Later on, in my professional career, I had a few good memories of winning the finals on a couple of occasions,” Gouramangi, who is now part of the coaching setup at FC Bengaluru United in their Durand Cup debut, told Firstpost.com.

“Bengaluru United is playing the tournament for the very first time and we are very glad to be here and be part of the historic tournament,” he added.

The 35-year-old remarked that being on the sidelines instead of on the pitch was a whole new experience, but also stated that it was quite enjoyable, saying, “Today, my role on the sideline is very different. As a player, your major focus remains on yourself – working hard every day to be available for the next selection, preparation, diet, rest and recovery. As a coach the focus shifts to planning, execution, review, reflection etc. I thoroughly enjoy my new role and I am trying to help the team in the best possible way.”

Gouramangi’s FC Bengaluru United, who played in the I-League’s second division in the 2019–20 season have had the perfect start to their Durand Cup campaign, beating CRPF 1-0 in their opener and then recording a 4-2 win over Indian Air Force to secure qualification for the knockout stages with a game in hand.

Gouramangi praised the character of the team, and lauded them for raising their levels significantly following a very tight opening match, saying, “the initial target was to qualify to the knockout stage and we have achieved that, full credit goes to the boys. Above all, we look strong as a unit. As we say in football, there will always be room to improve and the same goes with our team.”

“The target was very clear from the very beginning, we tried to win the first two games and see where do we stand. Six points made us the first team to qualify for the quarter-finals, we achieved our target. This also gave us the time to prepare for our last game of the group.

“We told the team what we felt after the first game and they came out with a much stronger performance in our second game. Of course, there are new areas to work and improve again. So basically it’s a continuous cycle to take information from a match, use that in training, and then improve in the next match,” he added.

One of Bengaluru United’s key players in these two matches has been new recruit Pedro Manzi, who has hit the ground running and scored in both games. When asked about his influence on the team, Gouramangi said, “He has been in really good form, as can be seen from the fact that he scored three goals and two assists in the last two games. He is a great guy and a very good team player. I hope he continues the good run.”

The acquisition of Manzi, as well as the likes of Luka Majcen, Robert Primus and Daniel Carr have come as Bengaluru United build towards the I-League qualifiers in October, where they will attempt to make it into the I-League.

The Durand Cup’s timing, in that sense, couldn’t be more perfect, and will help the team massively in their bid to be sharp and fit for their upcoming trials. Gouramangi opined, “For us, the tournament came around the perfect time as a part of our preparation for I-League qualifiers. It serves as a great platform, because all the participating teams compete in all seriousness to win the prestigious Cup.”

“That’s great for the teams, because no matter how much we train, the only way to improve a team is by playing matches,” said Gouramangi.