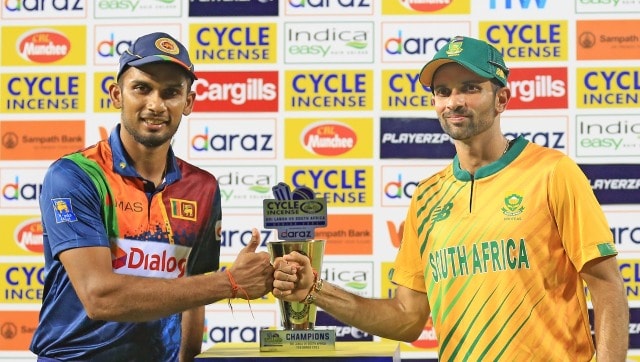 Toss report: Sri Lanka skipper Dasun Shanaka won the toss and elected to bat in the team’s bid to level the series in the second Twenty20 international on Sunday.

The hosts made two changes from their opening loss in the three-match series in Colombo.

South Africa, led by Keshav Maharaj, have one change with Rassie van der Dussen replacing David Miller, who is suffering from a strain in the thigh muscle.

The Proteas, who won the opener by 28 runs on Friday, will be looking for their sixth straight T20 win to clinch the series.

With inputs from AFP