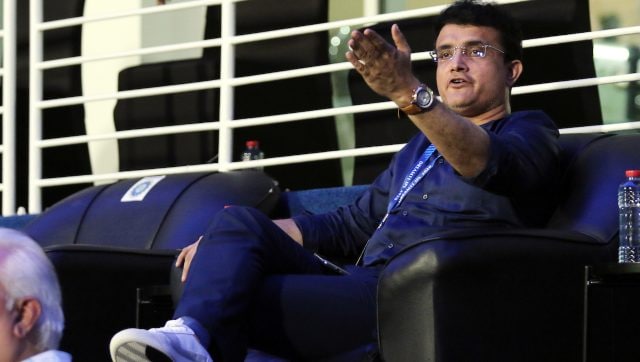 The cancellation of the fifth and final Test at Manchester between England and India has left the England and Wales Cricket Board (ECB) with a potential loss of £40m. The Board of Control for Cricket in India (BCCI) has offered to reschedule the fifth Test to help their counterparts.

BCCI president Sourav Ganguly, in an interview with the Indian newspaper The Telegraph, has now confirmed that the rescheduled match will not be a continuation of the series.

“The Old Trafford Test has been cancelled. They have incurred a lot of losses and it’s not going to be easy on the England and Wales Cricket Board (ECB). Let things settle down a bit, then we can discuss and decide. Whenever it’s held next year, it should be a one-off match since it cannot be a continuation of the series any more,” Ganguly said.

A section of media and former players have blamed the Indian Premier League (IPL) for the cancellation of the fifth Test. The remainder of IPL 2021 begins from 19 September in UAE. Ganguly refuted the claim and added that the match was called off as Indian players were not comfortable taking the field after junior physio Yogesh Parmar tested positive for COVID-19.

“The players refused to play but you can’t blame them. Physio Yogesh Parmar was such a close contact of the players. Being the only one available after Nitin Patel isolated himself, he mixed freely with the players and even performed their COVID-19 tests. He also used to give them a massage, he was part of their everyday lives.… The players were devastated when they came to know that he had tested positive for COVID-19. They feared they must have contracted the disease and were dead scared. It’s not easy staying in a bubble. Of course, you have to respect their feelings,” Ganguly added.

Head coach Ravi Shastri was the first to test positive from the India camp, during the fourth Test at The Oval, after which there were three more positive cases in the visiting camp eventually leading to the cancellation of the final match.

The launch of Shastri’s book — Star Gazing: The Players in My Life — on 1 September in London is seen as the event responsible for the COVID-19 outbreak in the India camp.

Ganguly confirmed that no permission was sought for the event by Shastri but also added that BCCI will not be taking any action against the coach, he also said: “How long can you stay confined to your hotel rooms?”

Shastri had also defended the book launch event in a recent interview.

“The whole country [United Kingdom] is open. Anything could have happened from Test One,” Shastri told Mid-day during an interview.