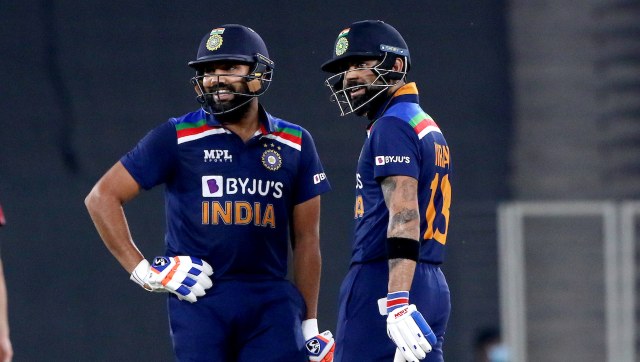 Speculation is rife that Indian skipper Virat Kohli might step down as the ODI and T20 captain after the T20 World Cup scheduled to be held in October-November this year, paving the way for Rohit Sharma to assume captaincy of the team.

According to a report in The Times Of India, Kohli himself will make the announcement. As per Board of Cricket Control (BCCI) sources, Kohli “is of the view that he needs to concentrate on his batting and go back to becoming what he’s always been — the best batsman in the world”. The sources also said that Kohli and Sharma are on the same page over the development.

The decision to hand over the white-ball captaincy to Sharma comes in the wake of Kohli’s decision to focus on his batting as India gears up for two World Cups – T20 and ODI, scheduled between 2022 and 2023 respectively.

According to reports, the decision to divide the captaincy will benefit India as the two senior cricketers are well in tune with one another. If Sharma takes over the white-ball captaincy, Kohli can focus on leading the team in the red-ball matches as well as focus on his batting in the T20 and ODI matches.

Kohli took over the Test captaincy from Mahendra Singh Dhoni in 2015 and as white-ball captain in 2017. The Royal Challengers Bangalore player has been one of India’s most successful captains, leading the squad in 95 ODIs to date. Under Kohli’s captaincy, the Indian team has a winning percentage of 70.43 in ODIs. Kohli has also led the team in 45 T20s, of which the team has won 27 and lost 14 matches.

Sharma has led India in 10 ODIs, with the team winning eight of them. He has captained the Indian team 19 times in T20 matches, out of which India has registered a victory 15 times.